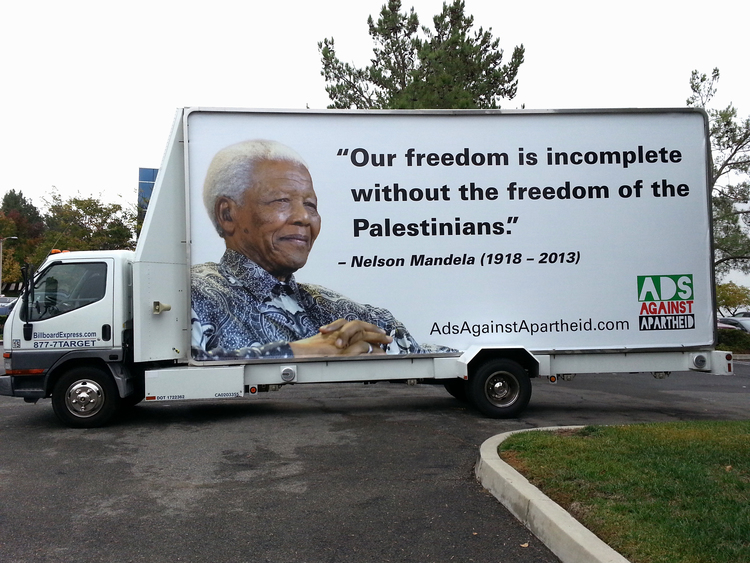 The Nelson Mandela Campaign was launched in December 2014. During this time, Palestinians, particularly those in Jerusalem, were facing intensified repression by the Israeli government including the excessive use of force by Israeli police, rapidly increasing settler violence and restrictions on Palestinians’ access to the Haram Al-Sharif (Temple Mount).

Palestine Advocacy Project (formerly Ads Against Apartheid) ran a simple but powerful ad on over 30 billboards in Los Angeles, California. They featured the words of South African liberation leader Nelson Mandela: “Our freedom is incomplete without the freedom of the Palestinians.”

Our freedom is incomplete without the freedom of the Palestinians. – Nelson Mandela

Mandela often made connections between South African and Israeli apartheid, and was outspoken against Israel’s violence against and oppression of Palestinians. “Keeping people under separate sets of laws based on the race, religion and geographic location is a central component of apartheid,” Palestine Advocacy Project Board Member Richard Colbath-Hess said. “Nelson Mandela recognized that, and we hope Americans will too.”

Unfortunately, many of our ads in LA were vandalized, resulting in an early end to the campaign.