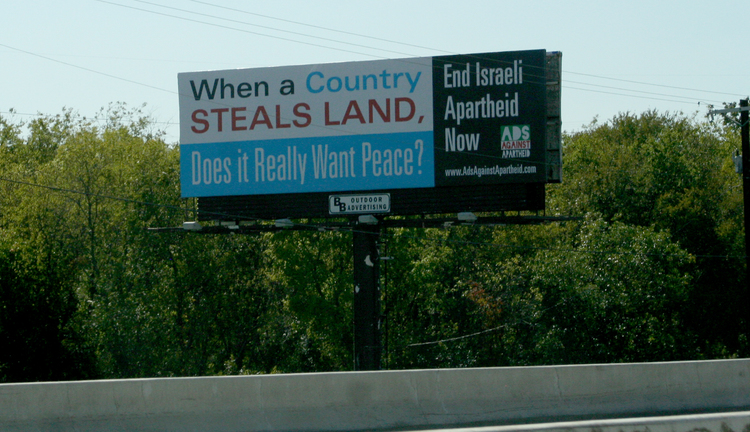 The campaign was designed in response to Israeli plans, announced on August 31st, 2014, to build an Israeli-only city on 988 acres of stolen Palestinian land. Israeli NGO Peace Now said the move was Israel’s largest land grab inside Palestine in 30 years.(1)

“These ads continue on a central and important theme in our activism: that Israel’s seizure of Palestinian land is fundamentally at odds with any hope for a just peace,” said Rick Colbath-Hess, Board Member and a central organizer of Palestine Advocacy Project. He explained, “Israel has acquired more territory and built more Israeli-only homes during the ‘peace process’ of the last two decades than it did during the two decades that preceded. How can we think that Israel is interested in making peace when it continues to steal from the Palestinians with whom it is supposed to be negotiating?”

This ad ran in the Boston Metro newspaper and on a billboard ad in Chicago in late 2014.