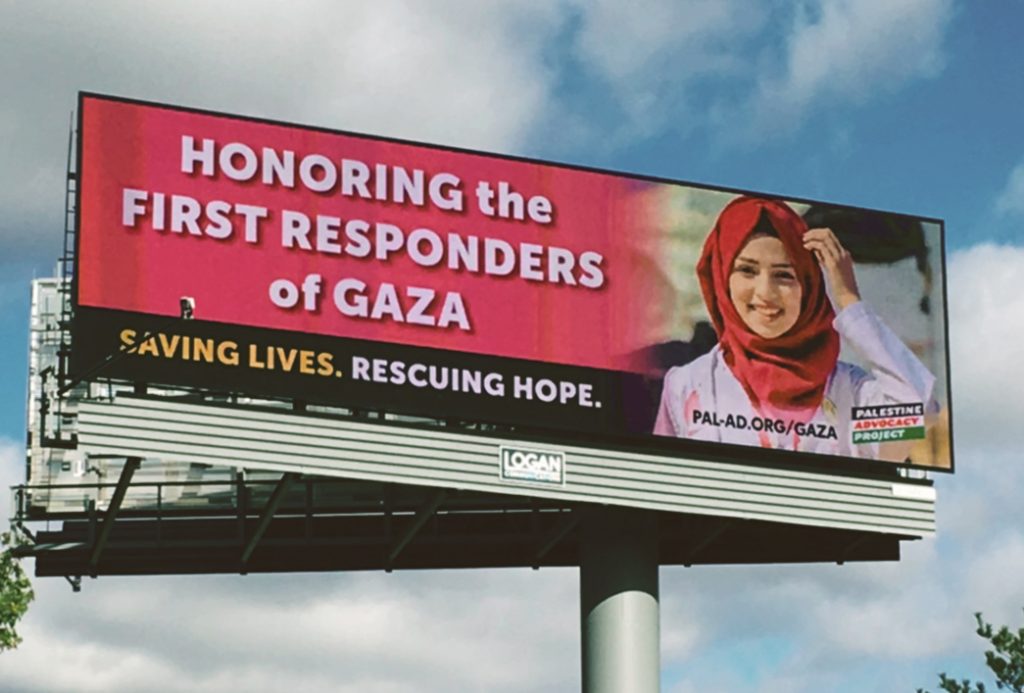 During the June 1st demonstration of the “Great March of Return” (the ongoing 2018 Gaza border protests of Palestinians demonstrating for their human rights),1 Palestinian nurse/medic Razan al-Najjar, 21, joined other medics braving Israeli sniper fire to rescue and treat unarmed protesters when she was deliberately targeted and fatally shot in the chest by an Israeli soldier. She was wearing a white coat and had her arms raised to show she was unarmed.2 Since 30 May, Israeli forces have shot or otherwise injured almost 120 medics at the Gaza border, killing three.3

Ongoing Siege and Blockade of Gaza

Since 2007, Gaza’s 1.85 million citizens – residing in an area one-tenth the size of Rhode Island – have been forced to live under a blockade and siege by Israel (helped by Egypt). The blockade is in violation of the 4th Geneva Convention, which prohibits collective punishment.4 The consequences of the blockade have been severe:

On 30 March 2018, the “Great March of Return” began, intending to be a six-week campaign of daily protests at the Gaza-Israel border, but continuing today with weekly demonstrations. The campaign demands that Palestinian refugees and their descendants be allowed to return to their ancestral homes in what is now Israel, and that the blockade of the Gaza Strip and the moving of the United States Embassy in Israel from Tel Aviv to Jerusalem cease to be implemented.13

Organization of the protests was initiated by independent activists, and has been endorsed and supported by major factions in the Gaza Strip.14

On 30 March, thirty thousand Palestinians participated in the campaign’s first protest, located near the fenced border to Israel. Most demonstrators stayed in tent camps and protested peacefully hundreds of meters from the border, but some groups approached the border itself. The Israeli military responded and continues to respond with bullets, tear gas, and air strikes,15 resulting in the deaths of over 190 Palestinians (as of 1 October) and over 21,000 injuries.16 Israel’s use of deadly force was condemned on 13 June, 2018 in a United Nations General Assembly resolution.17

Human rights organizations, including Human Rights Watch,18 B’Tselem,19 Amnesty International,20 and United Nations officials have condemned the shooting of unarmed protesters.21 The United States government has enabled Israel’s blockade and military assaults by providing over $3.8 billion in military aid in 2018, 22 including the rifles used by Israeli snipers to shoot unarmed Palestinian protesters in Gaza.

Since the protests began on 30 March, 2018, live rounds fired by the Israel Defense Force have hit at least22 journalists, two of whom–Yaser Murtaja and Ahmed Abu Hussein–later died from their injuries.22
Israeli forces are shooting at demonstrators with a new type of round – never seen before – known as the “butterfly bullet“, which explodes upon impact, pulverizing tissue, arteries and bone, and causing severe internal injuries.23

Israeli forces are shooting at demonstrators with a new type of round – never seen before – known as the “butterfly bullet“, which explodes upon impact, pulverizing tissue, arteries and bone, and causing severe internal injuries.24

The graphics below are from: https://www.ochaopt.org/content/humanitarian-snapshot-casualties-context-demonstrations-and-hostilities-gaza-30-march-12