This election cycle, mainstream American politicians are lining up to condemn Donald Trump’s racist, inflammatory rhetoric and repeated incitements of violence against political opponents.  Yet in Israel, Trump’s proposed apartheid wall already exists–across the occupied West Bank. More than 50 racist laws and counting directly target Palestinians with discrimination. Yet both the Democratic and Republican establishments, pandering to the well-funded Israel lobby, let Israel off the hook time and time again. Because, as Prime Minister Benjamin Netanyahu put it, “I know what America is. America is a thing you can move very easily, move it in the right direction.”

Palestine Advocacy Project has taken notable quotations from Israel’s US-backed political leaders and displayed them in prominent media outlets across the U.S. Scroll through them below. Isn’t it about time America’s leaders started connecting the dots and holding Israel’s leaders accountable? 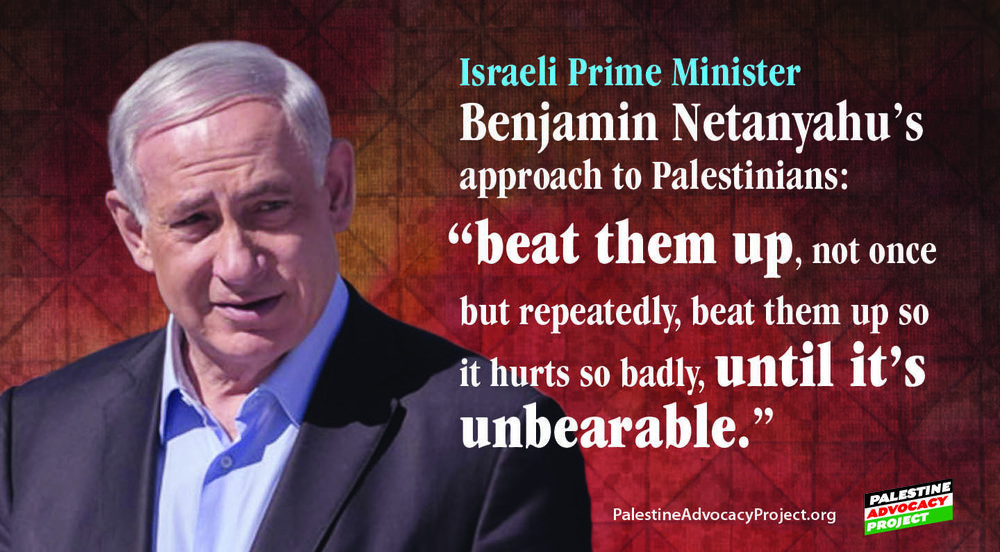 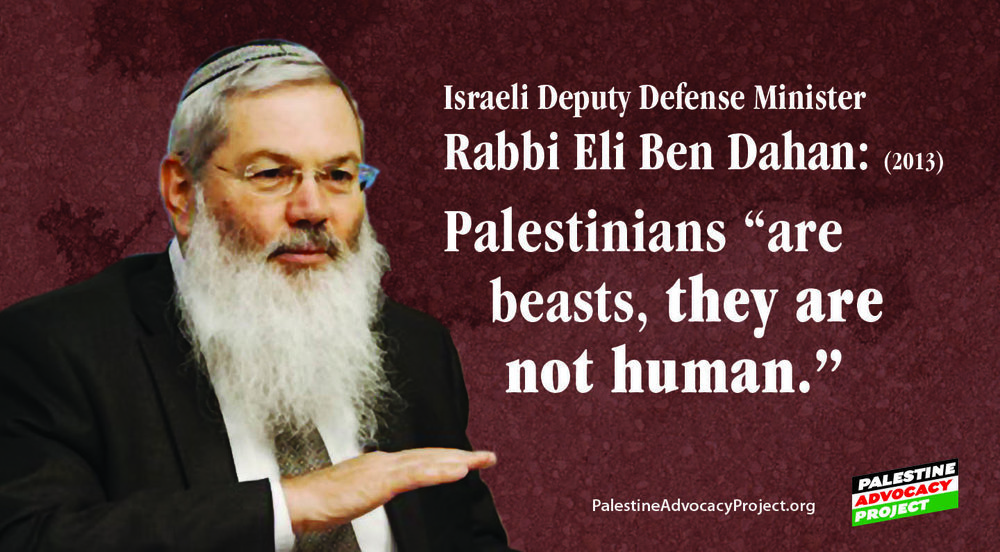 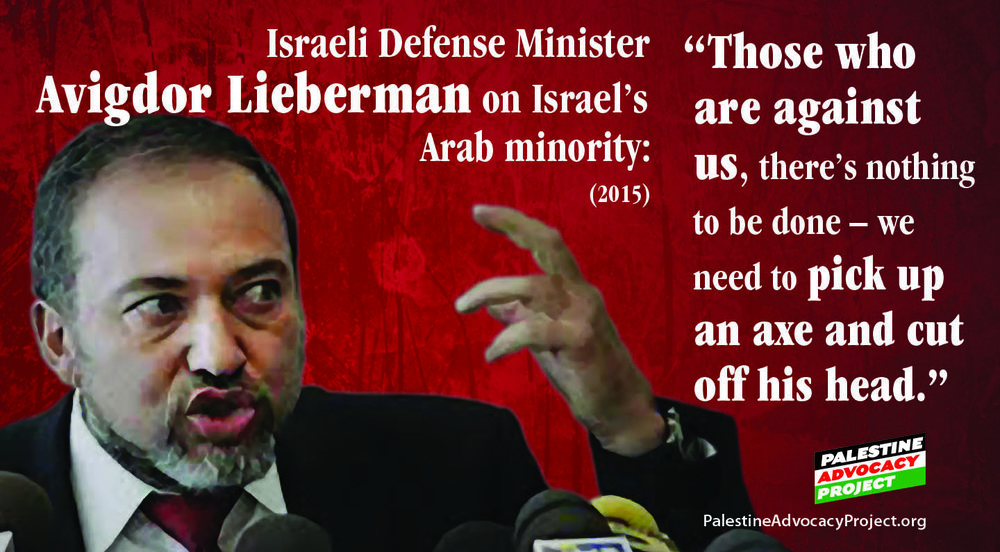 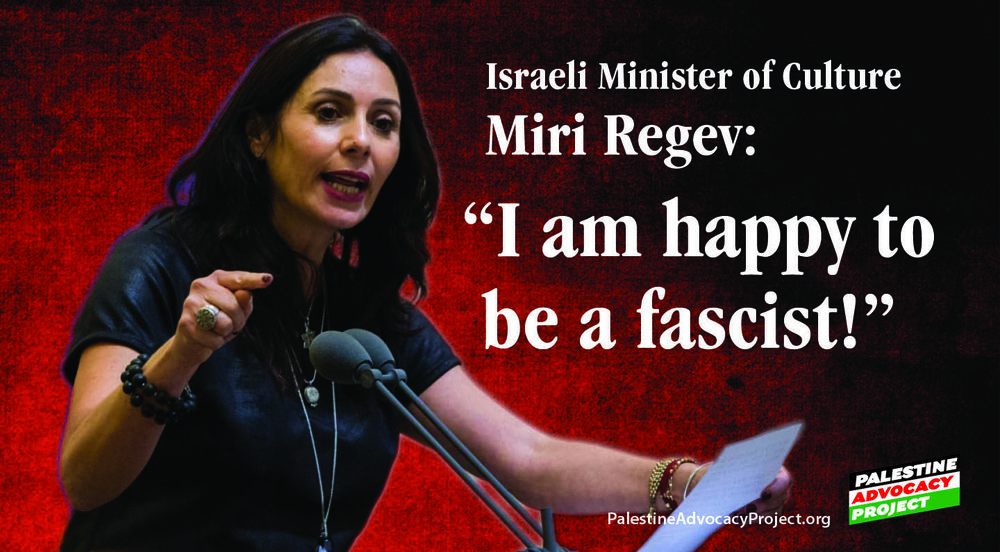 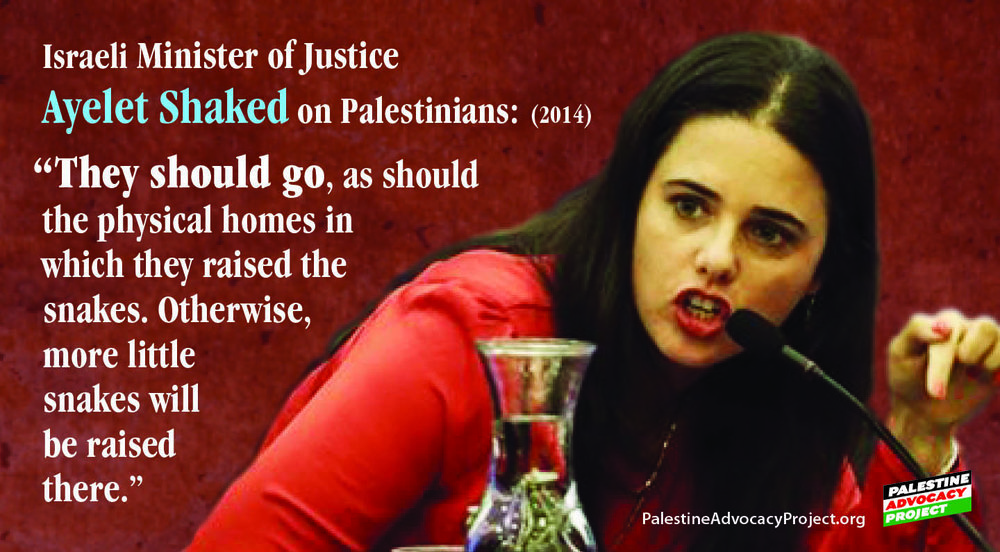 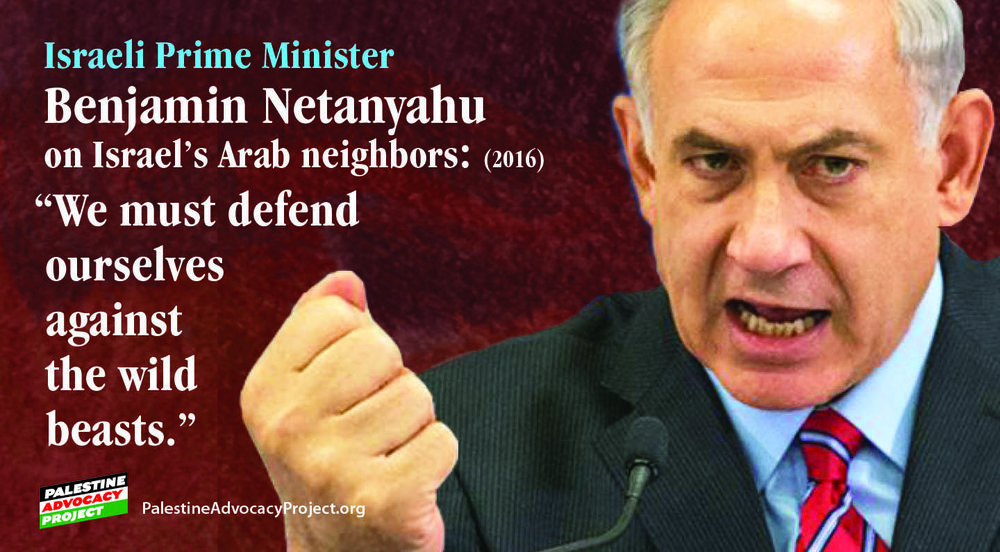 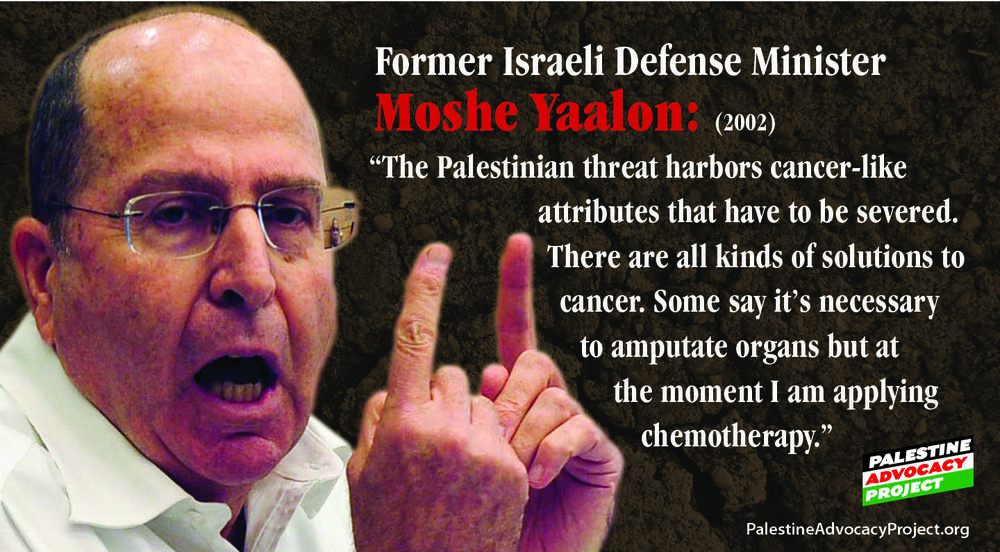 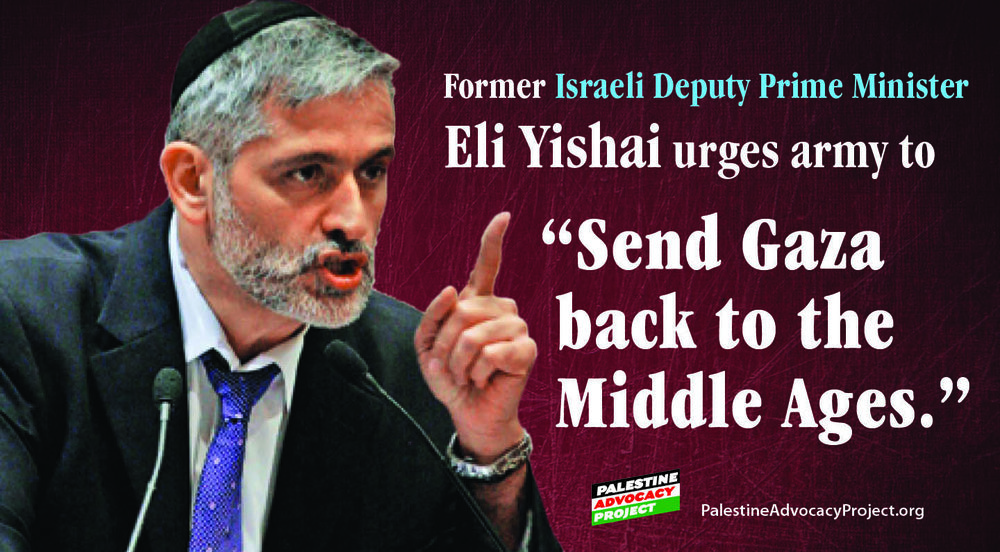 While most Americans were horrified when Trump proposed banning all Muslims from entering the U.S. and repeatedly urged his supporters to beat up protesters, the Prime Minister of Israel says that the way to deal with Palestinians is to “beat them up, not once but repeatedly, beat them up so it hurts so badly, until it’s unbearable. ” Israel’s Minister of Education says “I’ve killed lots of Arabs in my life – and there’s no problem with that.” Donald Trump believes in “taking out [terrorists’] families.” Meanwhile, Israel’s Minister of Justice calls for murdering all Palestinians on her Facebook page: “[Palestinians] are all enemy combatants, and their blood shall be on all their heads; now this also includes the mothers of the martyrs, who send them to hell with flowers and kisses.”

We think enough is enough. Check out this open letter from PalAd President Clare Maxwell on why these words are so important. Join our fight to change the discussion about Israel and Palestine in the United States.

Why It’s Important You Know What Israeli Leaders Are Saying
by Clare Maxwell, Palestine Advocacy ProjectThe past few months have taught American voters an important lesson about delving into crass and bigoted political language: a politician who spouts unsavory rhetoric often commitsunsavory acts as well. Investigating what lies beneath public figures’ smears and insults is an unpleasant task, but one that leaves us clear-headed and better equipped to participate in the political decision-making process. Yet even as we hold our own leaders up to the light this election season, the mainstream political and media establishments ignore the racist, violent, and downright pro-fascist language spouting from Israel’s Prime Minister and other senior leaders.A Prime Minister who advocates beating Palestinians “repeatedly,” until the pain is “unbearable” cannot be trusted to command a military. A Justice Minister who believes that Israel needs to destroy Palestinian homes because “otherwise, more little snakes will be raised there” will never be an agent of equality. A country whose Minister of Culture proudly proclaims that she is “happy to be a fascist” cannot be called a democracy.

The violent rhetoric of these leaders underscores the violence that Israel has meted out, again and again, against the people of Palestine. That’s why the Palestine Advocacy Project has launched its new “In Their Own Words” Campaign in university newspapers and other media across the country. We wanted to pull the curtain back and expose what sort of people are driving Israeli policy.

Israel, “America’s closest ally,”has enjoyed special privileges in the international community due to its relationship with the United States. Yet the United Nations Human Rights Council has cited Israel more times for human rights violations than any other country on earth. Why? Israel has maintained a fifty-year occupation of the West Bank and the Golan Heights, kept the Gaza Strip under a suffocating siege, and turned Israeli citizens of Palestinian descent, who make up 20% of the population, into second class citizens with more than 50 discriminatory laws. Yet despite all of this, the United States refuses to impose any penalty. Quite the opposite–Israelis by far the largest recipient of American foreign aid, despite already having one of the most powerful armies in the world, far more generous social benefits than the United States offers its own citizens (including single-payer healthcare) and one of the strongest economies in the Middle East.

Earlier this year, the White House signed a memorandum of understanding with Israel to increase its military aid to $38 billion over ten years. This is a truly unprecedented figure–the largest military aid package the United States has ever provided any nation. It’s time for American voters to start thinking critically about whether Israel can truly be trusted with that kind of money, and whether this handout is the best use of our tax dollars. We, at Palestine Advocacy project, believe that ending military aid to Israel is long overdue.

I hope that seeing our advertisements opens a window for campus communities nationwide to look into the world of Israeli politics and begin to understand the hatred that we encourage there with each installment of military aid. What you see won’t be pretty, but as we’ve learned at home, the cost of not looking is just too high.