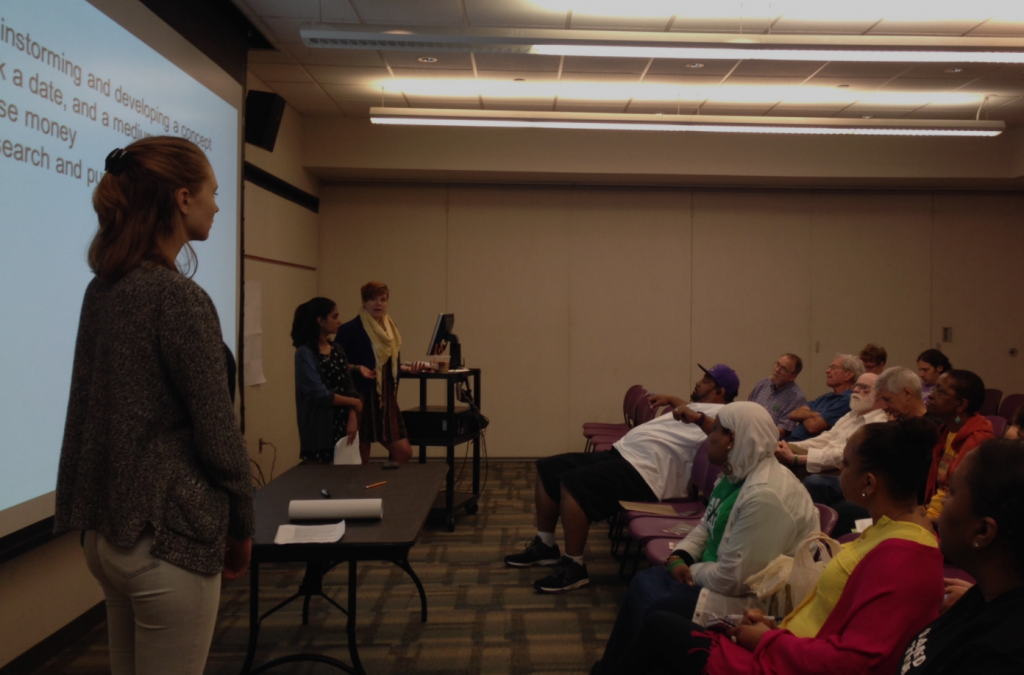 Three members of Palestine Advocacy Project presented at the United States Social forum, on Saturday June 27th. Our workshop focused on how to employ political advertisements to transform public spaces, such as subway stations or newspapers, into forums for public debate. In our presentation, we compiled different political advertisements and commented on each ad as a way to outline our organization’s thinking processes behind our own campaigns. We focused on the reasons why advertising is an effective mode to reach those who are outside the liberal scope.

Ads are often far more relatable to the average American than common practices such as protests and pickets (although those movements are often extremely powerful in other ways). It was interesting for us to hear conflicting opinions from the audience about what makes an ad effective at communicating its message. The general consensus was that the fewer words used to spark the audience’s interest the better. However, many who attended our presentation also agreed that enough words must be utilized to create a context for the viewer, and there was some debate about exactly where that balance is struck.

The presenters from the Project would like to thank those who attended this workshop at the United States Social Forum, and who commented on what factors make an efficient and effective ad. We are looking forward to other presentations in the future, so please stay tuned for information about other upcoming workshops this fall!

Previous Post: « The Charleston Shootings: American Apartheid
Next Post: Siam Nuwara Shares His Son’s Story With Us In Boston »