Palestine Advocacy Project condemns in the strongest terms the armed assault of our advertising partner in Los Angeles.

The advertising company informed the Project on Monday that the attack took place near Ventura Boulevard in the San Fernando Valley. A billboard truck carrying the Project’s ads was stopped at an intersection when the driver of the neighboring car rolled down his window and began yelling profanities. He then pointed a gun at the passenger of the billboard truck.

“We were forced to turn into ongoing traffic coming from the other direction to get away” said the passenger, who works as an account executive for the company. “The car then swerved in front of us to try to block the truck from continuing to drive.”

The account executive, who requested not to be named, said the perpetrator’s vehicle did not have license plates, but that she had given a detailed description to the Los Angeles Police, who suggested that they may be able to identify him from traffic camera footage. 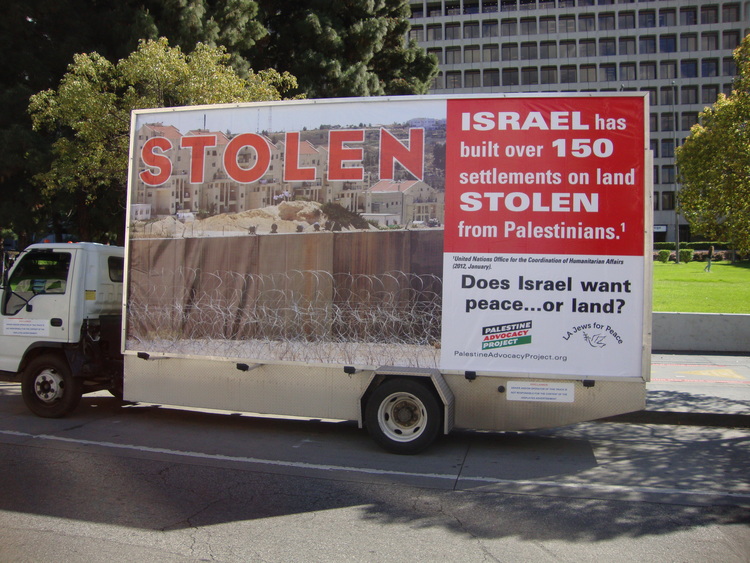 One Palestine Advocacy Project board member said, ”we couldn’t be more disappointed that someone would threaten one of our partners at gunpoint. We understand that some people disagree with us, but there is simply no excuse for expressing a political opinion through violence and intimidation.”